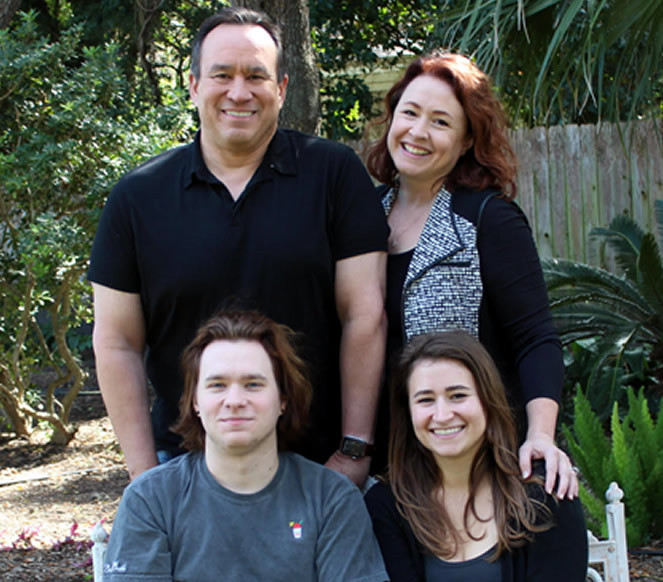 Bobby currently hosts the 13-Minute News Hour and is a regular panelist on Newsmax. 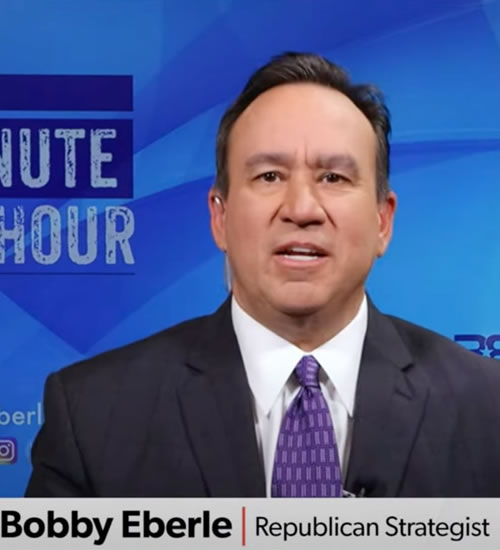 Dr. Eberle currently hosts the 13-Minute News Hour. As a recognized leader in conservative politics, he has been profiled in both USA Today and Insight Magazine. His opinion pieces have been featured in numerous publications including the Washington Times, Human Events, FoxNews.com, and the Houston Chronicle. 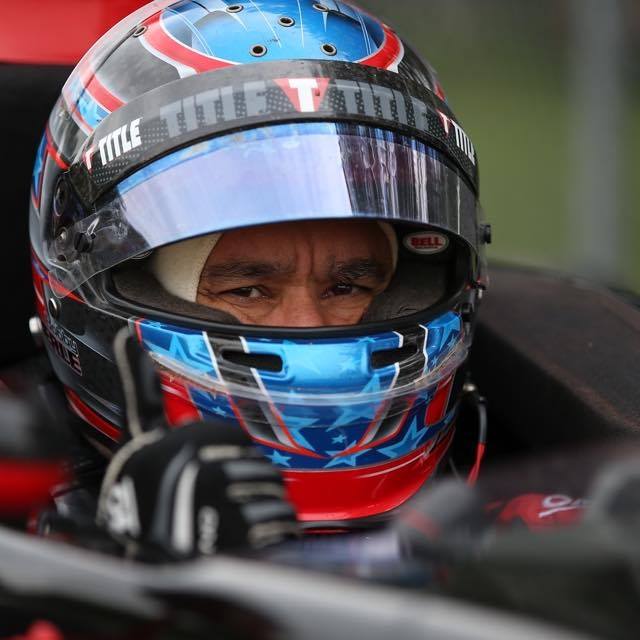 Dr. Eberle served as campaign manager for two U.S. congressional races, was a candidate for Vice Chairman of the Republican Party of Texas, and has served on the Board of Directors of the Texas Lyceum Association, whose members boast such notables as President George W. Bush, Sen. Kay Bailey Hutchison, and Gov. Rick Perry. 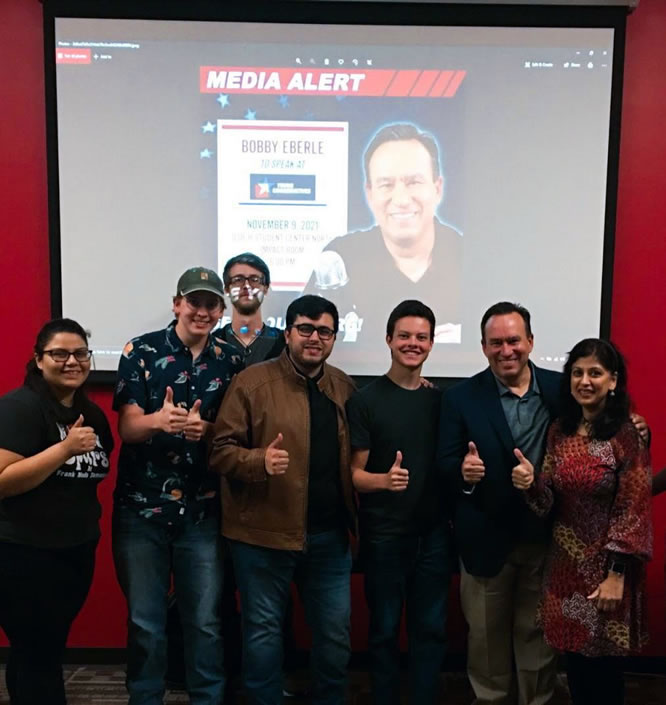 Dr. Eberle is a former nationally ranked tennis player, achieving the rank of #10 in the nation for the Men’s 30 and over division as a 40 year old. Dr. Eberle drove on the Road to Indy auto-racing series. He is the three-time National Champion in the Indy Pro 2000 division, Expert Class, with the next step up being Indy Lights.

Dr. Eberle received his Bachelor of Science degree in aerospace engineering from Texas A&M University, followed by M.S. and Ph.D. degrees from Rice University in Houston, Texas. He worked at NASA for twelve years for several contractors, before leaving to start his own business. He is currently working on a Masters Degree in Theology from the University of Notre Dame.

Dr. Eberle sits on the Board of Directors of the Lone Star Flight Museum, is the media/communications instructor for LeadershipLATINO, and is a regular panelist on Newsmax TV. Dr. Eberle has been married for over 30 years to Kathleen Eberle, M.D., and they have two children: Charlotte (25) and Tres (20).